The plastics industry is very aware of the problems associated with airborne moisture, from the formation of condensation on moulds to the absorption of moisture by the plastic granules. 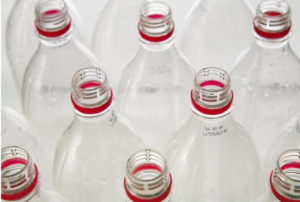 Injection and blow moulding operations utilize thermoplastics which are heated to plasticity and shaped into forms via use of a mould. The majority of systems employ the use of chilled water to maintain a cold surface on the mould, resulting in a quicker forming time of the component, and thus higher production volumes. In fact, generally the colder the mould, the quicker the cycle time and greater the production outputs.

Operating at low mould temperatures creates problems with condensation on the mould surface, especially during the summer period. This will result in unacceptable water marks on the product and corrosion on expensive moulds and guide pins, necessitating repair or even replacement.

This problem of sweating can easily be overcome by simply increasing the mould surface temperature. This however will not be the preferred choice as it will mean increasing the cycle time of the components and decreasing output. By incorporating a dehumidifier, mould temperature of 5°C or lower can be achieved, without the risk of sweating.

Storing the raw material
When storing the raw material, normally plastic granules in silos, it is important to protect these against moisture damage. Also pneumatic systems can benefit from dry air, avoiding mould and the products sticking together. With a Seibu Giken DST dehumidifier, can you control the relative humidity in the whole production line.

Dry air can also be used when storing moulds. No need to put in time and effort in greasing the moulds -they are kept free from corrosion when the relative humidity is below 50%.